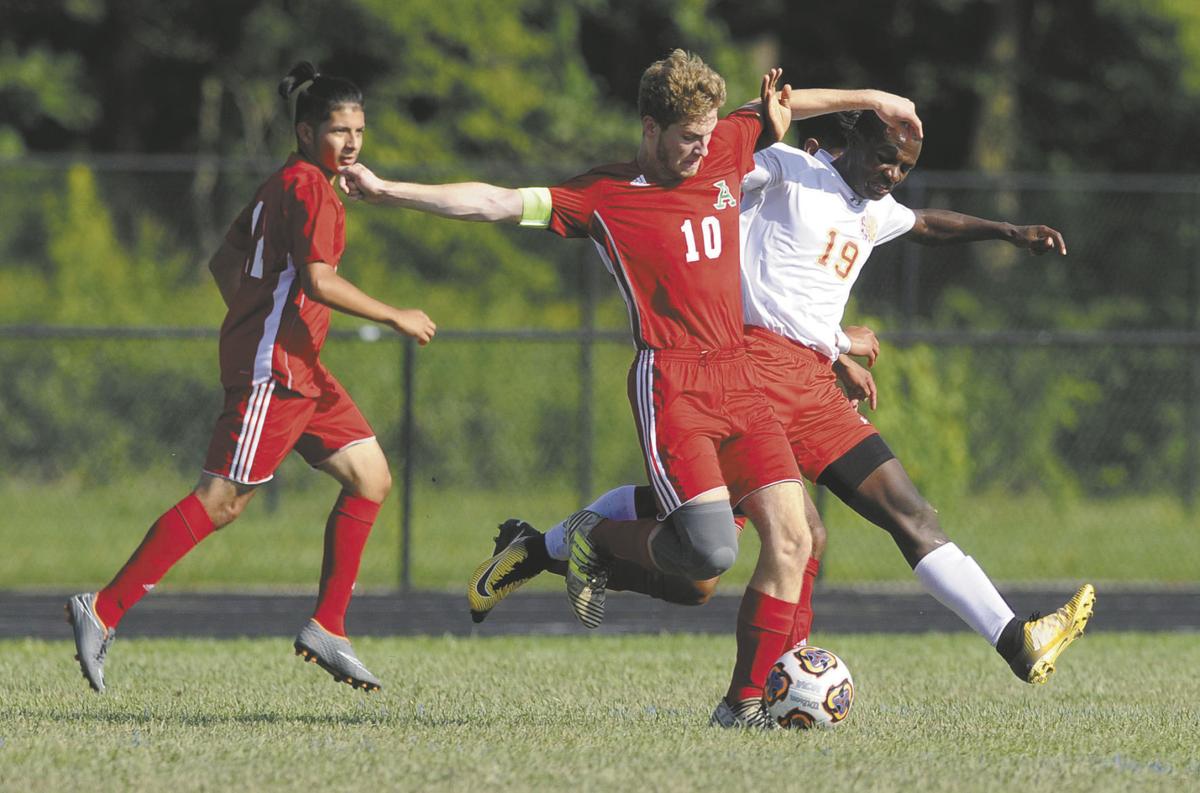 ANDERSON — It took more than half of last season — nine games — for the Anderson boys soccer team to pick up the first of its two victories.

Two matches into the 2018 campaign, the Indians have equaled their win total of a year ago.

A penalty-kick conversion by Luke Erny gave the Indians the push they spent the first two-thirds of the contest looking for.

Rafael Garza and Alan Rodriguez followed with goals, and Anderson ended with three for the second time this week, following a 3-2 conquest of Yorktown on Tuesday.

“Liberty put a lot of their defense in the back, and they dropped their midfield, and it took us a long time to figure out the attack points, and their keeper (Tyler Houk) was pretty active,” Anderson coach Chris Spolyar said. “It took us about 45 or 50 minutes to find our attack.”

Anderson still had a big shot advantage (10-2) while the game was scoreless. Probably the unluckiest Indian was Miguel Contreras, who sent several missiles toward goal only to narrowly miss or have them batted away each time.

The Indians’ biggest break occurred in the 54th minute, when senior midfielder Erny was pulled down inside the 18-yard box. Erny took the penalty and beat Houk to his right. Erny also had a goal Tuesday.

Garza made it 2-0 in the 64th minute, taking a through ball from Benjie Fricke and putting it home.

Rodriguez capped off the scoring in the 71st minute with a shot from the 6-yard line, assisted by Bryan Catalan.

“After (the first goal), we just kind of found our space,” Spolyar said. “(The Lions) had to open up a little bit because they were down by a goal, so once that happened, our central midfielders found space and our strikers finally found space up front.”

Anderson scored three or more just once last year, an 8-0 win over Hauser that put the Indians in the win column. Last season was marred by disciplinary and eligibility issues, among other things, and everyone in the program is confident those are in the past.

“Everything’s a positive,” Spolyar said. “We’re doing well, we’re a much improved team from last year and we’ve got great leaders. My captains, Erny, Christian (Contreras) and Ruban (Santos), they lead this team by example. They get along, and they love playing the game. It’s just been a lot of fun.”

Anderson has two games Saturday at Shelbyville’s invitational, the first at noon against Batesville.