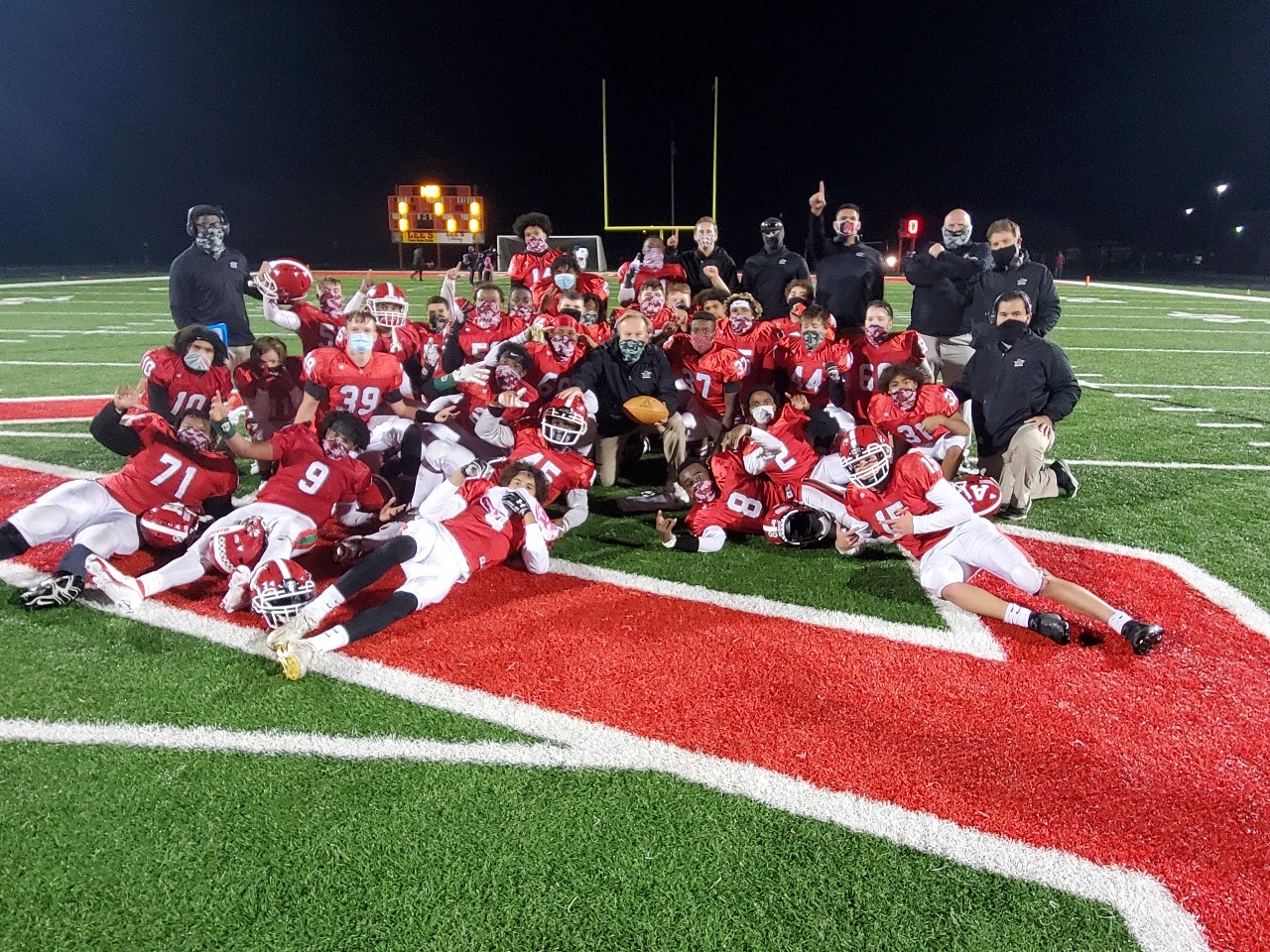 The Indians scored a major victory against conference foe, Arsenal Tech, Friday Night at AHS Collier Field by a score of 18-15! The Tribe Controlled the scoreboard for most of the game, but the outcome was not a certainty until a key defensive stop led to a turnover on downs late in the 4th quarter. The defense played extremely well, allowing just one offensive score in each half. Senior running back, AJ Ivy (#41) scored two touchdowns and Freshman wide receiver Dontrez Fuller (#10) scored the third in addition to coming up with a key interception to halt a second half drive by the Titans.

To cap off a great night of football, the win was the 100th of head coach Ron Qualls’ career! Congratulations to the Tribe on a hard fought victory and to Coach Q for such an amazing accomplishment.