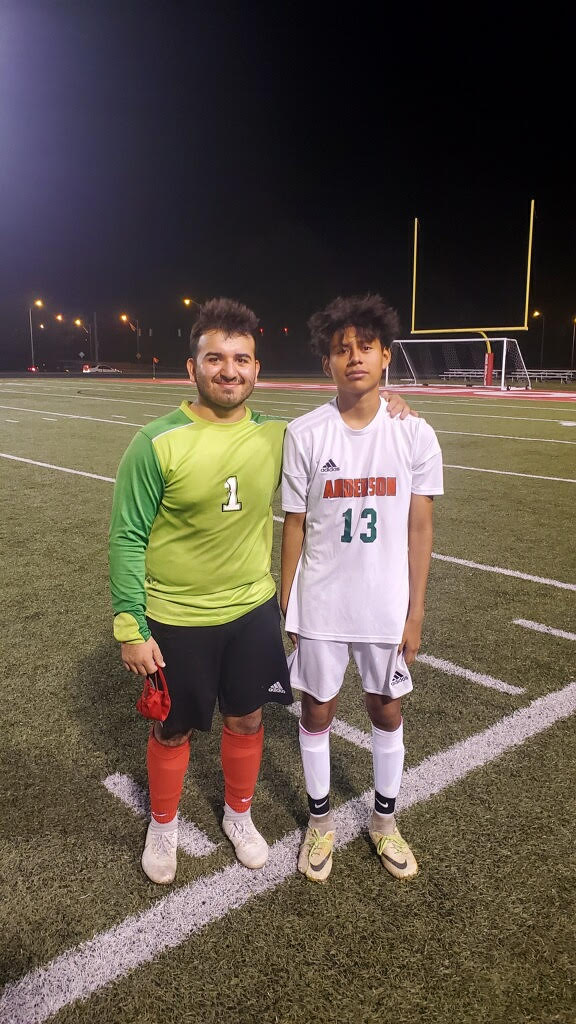 The conference soccer match between Anderson and Richmond did not disappoint on Thursday night, as a late Tribe comeback led to overtime, and eventually, PKs for the decision. Trailing by 2 in the second half, sophomore forward, Alfredo Lopez (#13), scored twice within 10 minutes to tie the game at 2. Aided by a stellar defensive game by senior keeper, Sebastian Rodriguez (#1), the Indians were able to force overtime, and eventually, PKs. In the PK shootout, goals were scored by Sebastian Rodriguez, Alex Olguin, Linkin Talley, and Brian Molina. Though their efforts fell short, the Indians showed great determination and continued improvement.

Catch them in their next match @ Arsenal Tech on Saturday at 3:30pm as the second game of a boy/girl double header.